What is Naturopathic Medicine?

A naturopath physician assesses a person as a whole, identifies the root cause of the problem or illness, and treats it with natural solutions tailored to that patient. 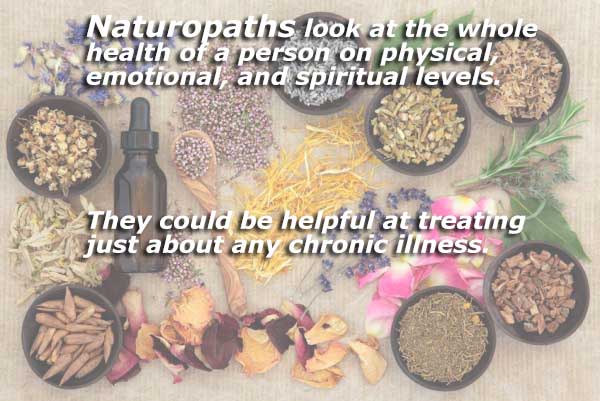 Naturopathic medicine (naturopathy) is based on the concept that the body has the natural ability to heal itself. A naturopath physician assesses a person as a whole, identifies the cause of the problem or illness, and treats it with natural solutions tailored to that patient. They also provide advice on lifestyle changes to treat health problems and even prevent them. Naturopathy is different from conventional medicine, because conventional is all about treating or suppressing symptoms of chronic pain, illnesses, and diseases. Naturopathic physicians use both the wisdom of nature and modern science to diagnose, manage, treat, and prevent chronic health conditions.

Naturopathic medicine (naturopathy) is based on the concept that the body has the natural ability to heal itself.

Naturopaths use various treatments to help patients heal and prevent future chronic illnesses. Treatments will vary with each naturopath depending on what they specialize in.

How Naturopaths Can Help with Chronic Pain

Since a naturopath looks at the whole health of a person on physical, emotional, and spiritual levels, they could be helpful at treating just about any chronic illness. 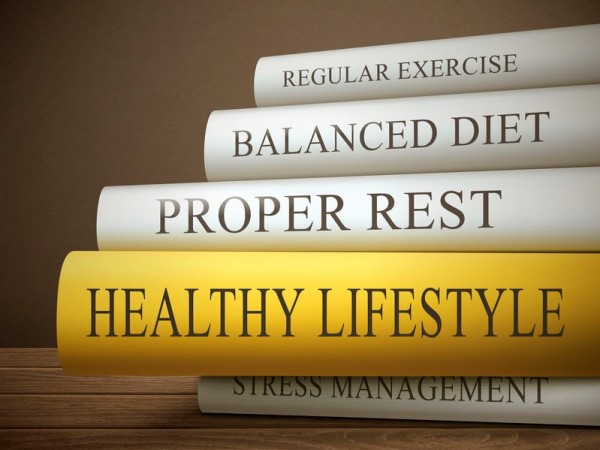 In addition, treatments are non-invasive and natural so they are not harmful, side effects are rare. Secondly, physician’s focus on finding the root causes for pain, unlike Modern Medicine that focuses on symptoms. Therefore, they eliminate the problems which allows a person’s body to heal, preventing the pain from getting worse with time. Thirdly, Naturopath’s help people live healthier lifestyles, and give advice to prevent future diseases.

Naturopath physicians can help with chronic pain in general, chronic illnesses, diseases, mental health problems, or just general health issues. However, different naturopath practitioners specialize in different treatments, so it is a matter of finding the right physician for your needs.

Some Common Health Conditions Naturopaths help with include:

Here are some general success stories

How Safe is Naturopathic Medicine?

Since a naturopath looks at the whole health of a person on physical, emotional, and spiritual levels, they could be helpful at treating just about any chronic illness.

Treatments are non-invasive and typically don't have side effects. Furthermore, studies show patients often have better overall health by seeing a Naturopathic physician along with their conventional doctor. Due to the educational and legal requirements, physicians are well-trained making naturopathic medicine a safe treatment option. However, naturopathic medicine does have its limitations. It should not be seeing as an alternative to conventional medicine, but rather an alternative option for some healthcare concerns. Naturopath physicians are not fully equipped to handle all healthcare situations, especially emergency situations.

Naturopathic medicine was formed over 100 years ago in North America by Dr. Benedict Lust. 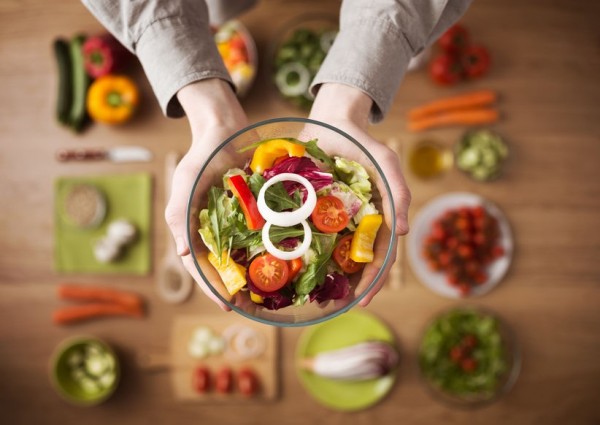 The concept of “the healing power of nature” can be traced back to Hippocrates, the Greek physician who lived 2,400 years ago. He is one of the most famous figures in the history of medicine and is still known as the “Father of Medicine.” The “healing power of nature” has been the central concept in medicine throughout the world for a very long time. It is also the central principle of naturopathic medicine.

Naturopathic medicine was formed over 100 years ago in North America by Dr. Benedict Lust. He came to the United States from Germany to practice and teach hydrotherapy, a technique he learned as a student of Sebastian Kneipp in Europe. In 1900, a committee of Kneipp’s practitioners came up with the idea to create a practice incorporating botanical medicines, nutritional therapy, physical therapy, psychology (mind-body connection), homeopathy, and manipulative therapies. They incorporated all natural methods of healing and called it “Naturopathy.” The first school was founded in New York City by Dr. Lust himself, who graduated first of his class in 1902.

Naturopathic medicine grew up until 1938, when new technology and the drug industry’s financial backing led to the American Medical Association (AMA) attacking Naturopathic physicians accusing them of “quackery.” The AMA made it their mission to attack Naturopathic physicians, and with their growing political power it worked. They even passed more restrictive medical practice laws and had many state naturopathic licensure laws repealed. The public was consumed by the introduction of “miracle drugs,” developments in surgery, and other high-tech medical interventions. Coupled with the death of Benedict Lust in 1945, naturopathic medicine and natural healing in the United States declined. 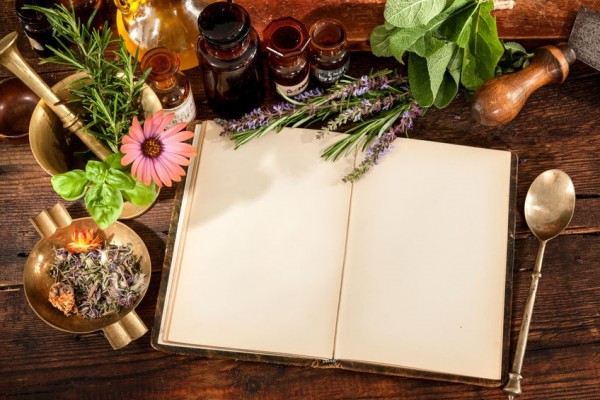 For over 20 years, there was only one legitimate naturopathic college the National College of Naturopathic Medicine. In 1987, more colleges started to open. In 1989, the American Association of Naturopathic Physicians (AANP) created the actual definition and descriptions for the six naturopathic principles. More research was done on the scientific concepts of naturopathic medicine. With these changes it became a more favorable form of healthcare. It is now on the forefront of a paradigm shift occurring in medicine, since many patients are searching out less invasive healthcare techniques.

There is an organization called the World Naturopathic Federation that represents over 50 naturopathic organizations and has members from around the world.

There are randomized controlled trials that show naturopathic treatments such as botanical medicine, nutritional therapies, and physical therapy, being effective at treating conditions like fibromyalgia, migraine headaches, depression, asthma, and diabetes.

Naturopathic medicine is personalized to the individual and relies a lot on an individual’s strict adherence to the treatments, which makes it hard to create random controlled trials. The value of individual treatments can be tested, but the clinical application is more complicated to test. Although, conventional healthcare has the same problem with only 13% of standard tests and treatments supported by strong evidence according to the British Medical Journal.

Evidence Based Medicine (EBM) is considered the core of conventional medicine with the foundation of EBM being the randomized controlled trial. There are randomized controlled trials that show naturopathic treatments such as botanical medicine, nutritional therapies, and physical therapy, being effective at treating conditions like fibromyalgia, migraine headaches, depression, asthma, and diabetes. Also, Dugald Seely ND did a comprehensive study of patients with an increased risk of heart attacks and strokes. At the end of the one-year study, the group receiving naturopathic care in addition to conventional care had a large reduction in risk of dying from a heart attack or stroke then the group receiving only conventional care (Association of Accredited Naturopathic Medical Colleges).

Education of a Naturopath Practitioner

In order to be a licensed Naturopathic physician (ND) in the United States a person must attend a four-year, graduate-level naturopathic medical school.

Naturopathic Physicians (N.D.) are primary care practitioners trained as specialists in natural medicine.  They are educated in conventional medical sciences, but are not orthodox medical doctors (Oregon Board of Naturopathic Medicine). 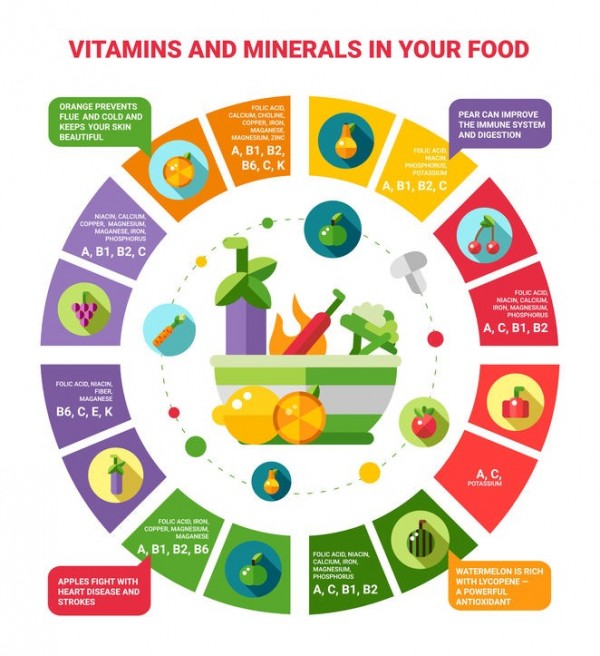 In order to be a licensed Naturopathic physician (ND) in the United States a person must attend a four-year, graduate-level naturopathic medical school. There are seven accredited programs in the United States. They must be educated on all the same basic sciences as an MD. But, they also have to study holistic and nontoxic approaches to therapy with a strong focus on disease prevention and optimizing wellness. Coupled with their medical studies the Naturopathic physician also studies clinical nutrition, botanical medicine, homeopathic medicine, psychology, and counseling. But that’s not all, they need to pass meticulous professional board exams to be licensed by the state or jurisdiction as a primary care general practice physician. They are also required to complete clinical training (seeing patients under supervision). Naturopathic physicians receive more training than nurse practitioners and physician’s assistants.

There are 20 states in the U.S., plus Puerto Rico, the US Virgin Islands, and the District of Columbia that have licensing or registration laws for Naturopathic doctors. These licensed and registered Naturopathic doctors must complete state-mandated continuing education annually.

How to Find a Naturopath Physician

When choosing a Naturopathic physician look at what areas they specialize in, what experience they have, what type of training they have, and credentials.

To find a Naturopathic practitioner in the United States you can search the American Association of Naturopathic Physicians, the primary professional association.

If you are located in Canada, Europe, UK, Australia, New Zealand, Asia, Central America, South America, The Middle East, or Africa, you can try the directory search on FOOD MATTERS.

You can also try asking local health food stores or vitamin shops. They often know of naturopath practitioners in the community, as well.

A first appointment with a naturopath physician is anywhere from 60 – 120 minutes. The visit will start with filling out extensive paperwork.

It will include questions on family history, diet, environment, lifestyle, and habits. After the paperwork, the physician will listen to the patient's explanation of their health problems in their entirety. Once the naturopath doctor has a good understanding of the patient's health, they may then perform an examination or run some diagnostic tests. The doctor will eventually create a custom treatment plan for the patient, which might be after a couple of visits. In addition, the patient will be encouraged to take an active role in improving their health.

The American Association of Naturopathic Physicians/What is a Naturopathic Doctor?/Is Naturopathic Medicine Safe. Retrieved from:
https://www.naturopathic.org/content.asp?contentid=60

National University of Natural Medicine/History of Naturopathic Medicine. Retrieved from:

UNIVERSITY OF MINNESOTA (Taking Charge of your Health & Wellbeing)/Naturopathy. Retrieved from:
https://www.takingcharge.csh.umn.edu/explore-healing-practices/naturopathy

Itasca Naturopathic Clinic/ Naturopathic Medicine: What it Is-What it Can Do for You. Retrieved from:
http://www.itascanaturopathicclinic.com/Article2.html

What the mind can conceive and believe it can achieve. - Napoleon Hill