What is Integrative Medicine?

The word "integrative" refers to the use of both conventional and complementary treatments to help a person with their health problems. 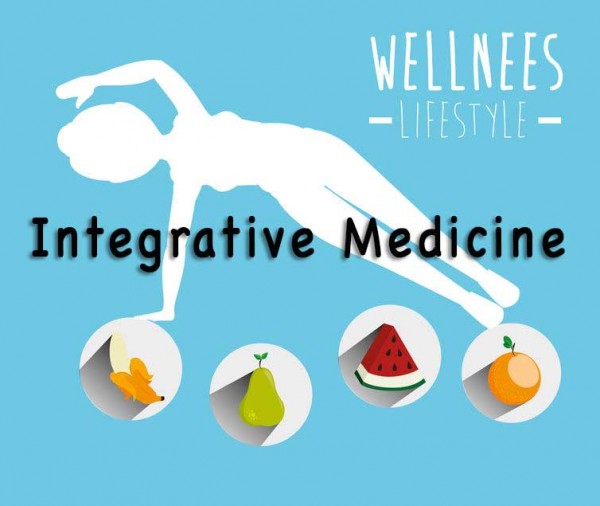 Treatments may include Ayurveda, Chinese Medicine, Acupuncture, Homeopathy, Naturopathy, Herbs, Dietary Supplements, Massage, or Yoga, along with the best conventional treatments backed by science. Integrative Medicine (IM) is healing-oriented medicine that takes account of the whole person, including all aspects of lifestyle (Weil, 2019). Mind, body, soul, social, and environmental factors are all evaluated in helping a patient heal, improve their health, and make better, more informed long-term health decisions.

Functional Integrative medicine emphasizes the relationship between the patient and the practitioner. Integrative medicine practitioners create treatments and health plans customized to the individual based on their needs and circumstances. They strongly believe that lifestyle choices are the root cause of modern chronic illnesses and diseases. Changes in nutrition, exercise habits, and other lifestyle factors all play a role in a person’s health.

Integrative medicine not only gets to the root cause of why a person is suffering with an illness or disease, but also focuses on prevention for long-term health and wellness.

In addition, it takes into account physical, emotional, mental, social, spiritual, and environmental factors specific to the person, where conventional medicine does not. We know now that all these things are linked, and need to be taken into consideration in order to find the root of an illness (read more on this in the history section). 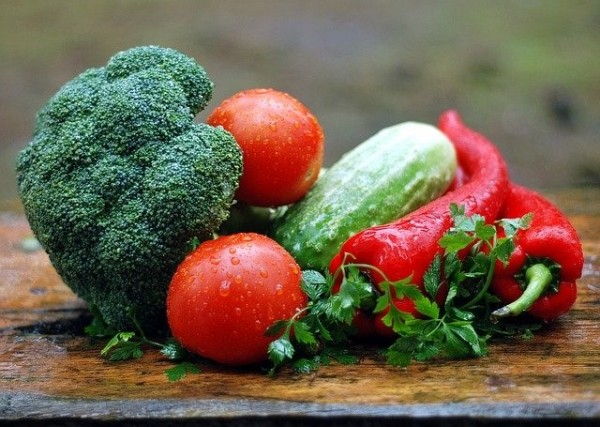 In America, conventional medicine is the primary form of medicine used in hospitals and clinics. Conventional medicine is especially great for emergency situations, there is no replacement for that. However, it can be expensive, invasive, and not nearly as safe as certain alternative treatments. Additionally, the modern medical system emphasizes fixing people by taking pills to treat symptoms without getting to the root cause of a health issue, and in conjunction with that people expect to get quickly fixed with pills. People also expect that they are healthy just because they are not showing any signs or symptoms of illnesses. However, usually, by the time a person starts to experience symptoms of a major illness like a disease, their body has already been sick long before the symptoms have surfaced.

Lifestyle change is the foundation for getting better: eating better, managing stress, and being proactive, which requires you to step in and make changes in your life because you won’t get better unless you do take charge of your own body (VALPONE, 2014). That is why integrative medicine is needed.

Integrative medicine provides the very best scientifically validated treatments from both alternative and conventional medicine. As defined by the National Center for Complementary and Alternative Medicine at the National Institutes of Health, integrative medicine “combines mainstream medical therapies and CAM therapies for which there is some high-quality scientific evidence of safety and effectiveness (Weil, 2019).

If all primary care doctors were integrative doctors, and people took greater control of their health making healthier lifestyle choices – the rate of illnesses and diseases would likely decrease significantly. There is also a greater chance of health problems being found before they become chronic.

How is Integrative Different from Alternative (Functional) Medicine?

Alternative treatments are any treatment that is not part of conventional medicine, and they are typically more natural and less or not-at-all invasive. Integrative medicine is a patient-centered model that considers evidence-based pharmaceutical treatments as well as sociocultural factors, nutritional status, mind-body medicine, and preventative medicine in both the eradication of illness and the promotion of long-term wellness (Psychology Today, 2018).

There are 8 defining principles of Integrative Medicine.

The origins of medicine are deeply rooted in a civilization's culture and religious beliefs (Petri, 2015). Even today, health care is a reflection of those influences.

Of all the great societies, only the Indian and Chinese medical systems have endured as health care systems (Petri, 2015). 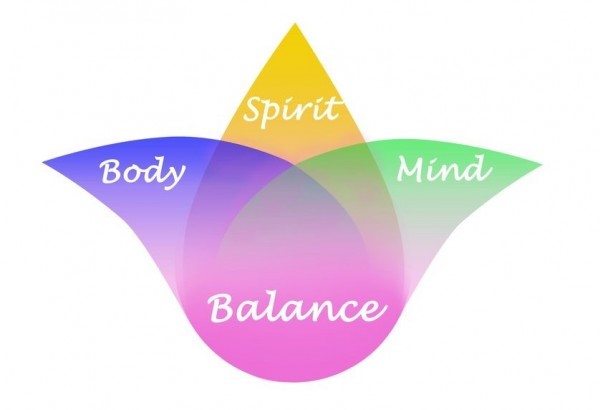 The Separation of Mind, Body, and Soul

In ancient times, there was no separation of mind, body, soul, and self. All these things were linked to a person’s health, and surroundings were taken into consideration, as well. It was in the 1600s that Rene Descartes, as a way of protecting the spirit from science, created the separation of mind from body. Apparently, he believed the mind and body were truly two separate things, and it wasn’t possible for them to exist in unity. This concept is called mind and body dualism.

Some would say the concept of mind-body relationship (body-soul are one) was holding back the development of medical science. Many priests were educated in medicine and practiced it. Due to the religious teachings of the time, many believed in the mind-body relationship but viewed diseases as being caused by personal/collective wrongdoings.

The Shift to Conventional Medicine

The new viewpoint of the separation of mind and body and focusing on evidence-based medicine vs. complimentary (alternative treatments) changed medicine. Accordingly, human beings were viewed as biological organisms (materialism), to be understood by examining their constituent parts (reductionism) using the principles of anatomy, physiology, biochemistry and physics (NCBI, 2011). Disease was seen as a deviation from the biological norms, caused by some identifiable physical or chemical event and intervention involved introduction of a corrective physical or chemical agent (NCBI, 2011). As a result, good health became identified as the absence of disease, and medicine and doctors became directly correlated with health. 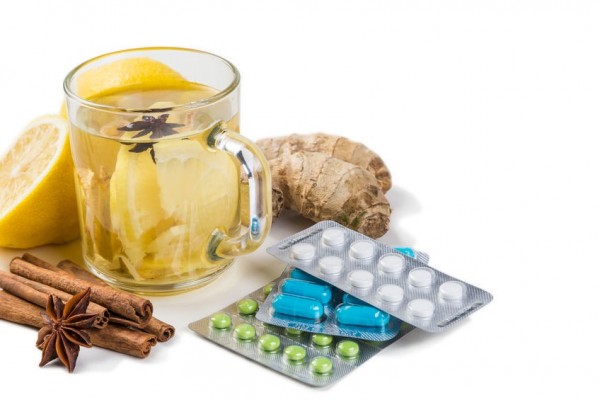 Now, both ancient and modern viewpoints are considered to be inaccurate. Moreover, living systems have come to be seen as systems (of which mind and body are a unit) which are integral parts of larger systems, in permanent interaction with their environment and capable of constructing their own subjective realities (NCBI, 2011). However, dualism is still the center of modern medicine today. How disease affects a specific person is not taken into consideration or cultural aspects with the body being treated as a machine free of self. Many are becoming dissatisfied with the cold, impersonal style of the modern medical system.

Only within the past few decades, has there been an attempt to reunite the medical systems of curing (technological, microscopic, and disease-based) with healing (nonphysical, holistic, and relationship-based) (Petri, 2015). As a reaction to the inadequacies of mind and body dualism, several non-dualistic philosophical frameworks have been proposed (NCBI, 2011).

Why Hasn’t Our Medical System Changed?

With lots of technological advances, money, energy, and dedication invested in the biomedical model, it is hard to change. Medicine has been built around the dualism medical model for nearly 300 years. Many physicians are unaware of philosophical concepts behind what they practice, and how it affects the way they do things, and how they think about things. The philosophical dualism concepts are so strongly ingrained in both patients and practitioners alike, that many people will disregard even the most realistic viewpoint on non-biological explanations for illnesses.

How to Find an Integrative Medicine Practitioner?

Defining the qualifications for a well-educated, experienced integrative medicine practitioner is difficult, because the education requirements vary based on what type of practitioner you are seeking. 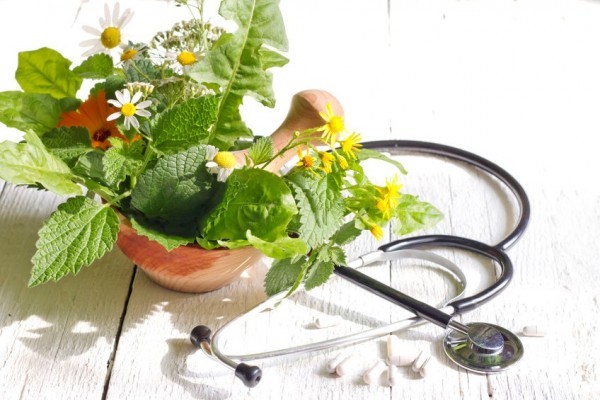 Many practitioners specialize in different areas such as counseling, nutrition, psychology, physical therapy, naturopathy, herbology, medicine, osteopathy, and so on. Degrees may vary from a Bachelor’s, Master’s to a Doctoral degree. Therefore, one recommendation for finding a qualified practitioner would be to look at websites for national professional societies such as the Arizona Center for Integrative Medicine or Academy of Integrative Health & Medicine. They also have their own directories.

Here are some other great directories for finding Integrative Medicine practitioners near you: