What are Social Workers?

Social work is a practice-based profession that promotes social change, development, cohesion and the empowerment of people and communities (Social Work License Map, 2020).

What are Clinical Social Workers?

Social workers work in settings such as private practices, community programs, offices, schools, rehabilitation centers, mental health clinics, senior centers, elected office, prisons, military, corporations, and hospitals. They work with various populations but are known to help people in poverty, along with vulnerable, oppressed people and communities. They are well educated and trained in regards to social injustices.

According to NASW, of all the mental health professionals in the country, 60% are clinically trained social workers, 23% are psychologists, 10% are psychiatrists, and 5% are psychiatric nurses (GoodTherapy, 2019).

Direct and clinical work directly with people and their families in person. Their education requirements are less than the clinical social worker. They have a lot more position options including working in healthcare to help patients understand insurance, being an advocate for healthcare rights, work in schools to help kids in need, and provide resources.

Macro fight behind the scenes at a policy or institutional level to improve upon things.

Clinical social workers are more likely to work in disadvantaged populations than other therapists, due to being more affordable. They may help with disability, life-threatening disease, abusive households, and social problems (unemployment, substance abuse, etc.). In addition to psychotherapy, social workers can provide case management and hospital discharge planning as well as work as an advocate for patients and their family (WebMD).

Here are different categories of social workers to help you find the right one:

WebMD/Guide to Psychiatry and Counseling. Retrieved from:

What is the Difference Between a Psychologist & Social Worker?

They are different from psychologists, because psychologist education is centered around human behaviors and how the mind functions, which they use to diagnose, and treat people. Social workers are typically focused on prevention of a psychological condition and they do that with an understanding of a person's environment, family, and community they live in.

What Type of Education do Social Workers Have? 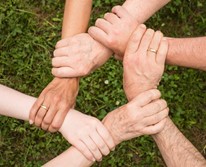 They will often help clients find resources in order to fix their situation themselves, instead of teaching them ways to cope with their problems.

All Psychology Schools/Social Work Degrees: What You’ll Study. Retrieved from:

Systems Theory – This theory focuses on the influence (external factors) other people have over an individual. People’s behavior is affected by the people they surround themselves with: family, friends, economic class, home environments, their community, and organizations. This is based on the fact that individuals do not act in isolation. This theory is divided into three smaller theories: ecological systems theory, family systems theory, and contingency theory.

Behaviorism and Social Learning Theory – These theories both look at how past experiences influence a person’s current behavior. Cognitive theory (explaining human behavior through understanding thought patterns) is also related to this concept. 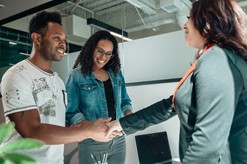 Psychodynamic Theory – This theory was created by Sigmund Freud. It is the concept that humans are biologically driven to seek gratification and this affects daily behaviors. The theory states that people do this based on processes that have developed outside of conscious awareness, with origins in childhood experiences (Online MSW Programs). This theory consists of four other major theories: ego psychology, self-psychology, drive theory, and object relations theory.

Developmental Perspective – This concept is all about exploring how a person has changed, grown, or stayed the same in their thinking, feeling, and behaviors throughout their lives. Two theories under development perspective are Psychosocial Development Theory and Transpersonal theory. These theories largely focus on a person’s childhood.

Rational Choice Perspective - Rational choice perspective is based on the idea that people calculate risks and benefits before making any decision, since all actions are fundamentally rational in character (Social Work License Map, 2020). This helps to better understand a person’s behavior with an understanding of how actions that seem objectively irrational to many may be rational to them.

Conflict Theory – This theory looks at how the different structures of power affect a person’s life. It looks at how struggles with oppression, discrimination, and inequality cause conflict. Life is filled with conflict as there is competition in society over resources, status, and power.

Social work has been around for over 100 years. It was originally formed to address poverty which was increasing within a booming economy.

Social work’s purpose was to help people in need, addressing social problems across the nation.

Social work classes were officially formed in 1898. By 1920, social workers could be found in hospitals and public schools, as well as in child welfare agencies, family agencies, and settlement houses (Stuart, 2019). 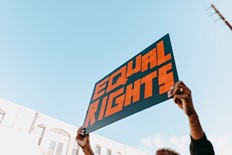 Social work professionals working with families and institutions have helped to provide and advance the following social impacts:

How to Find a Social Worker

This site has three different directories depending on what type of social work specialist you are looking for: Social Workers Help starts here.

Find a social worker near you on GoodTherapy  or healthgrades

All Psychology Schools/Social Work Degrees: What You’ll Study. Retrieved from:

WebMD/Guide to Psychiatry and Counseling. Retrieved from:

Noodle/Choosing a Social Work Specialization? The 16 Practice Areas to Consider—And Why (2019, June 17). Retrieved from:
https://www.noodle.com/articles/choosing-a-social-work-specialization-nasw-list-of-16-practice-areas