By: Jena with Hope Instilled, Inc. 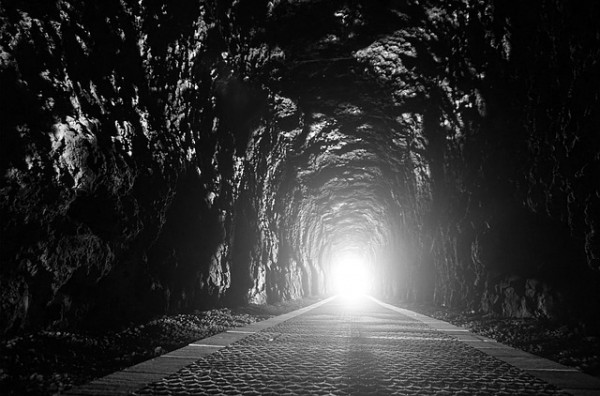 This is my Story of Severe Chronic Pain and Depression, Unraveling the Truth Behind Chronic Pain, and Finding Nothing but Light at the End of the Tunnel!

This ISN’T just a story of pain, finding hope, and finding the right treatment for me.

This ISN’T a story of going on some special diet that only works for my specific symptoms.

Around March of 2015, I got a really bad stomach flu, the first stomach flu I’ve ever had in my life. I passed it onto my husband, as well. He recovered from it fully. I didn’t. The stomach pain didn’t fully go away. I was struggling to sleep at night because of sharp pains in my stomach. My husband said “Just give it time I’m sure it will go away.” April came and I was still dealing with the stomach pain. It seemed like half of the food I ate made it worse. It was hard to even pick a food that was a main trigger. It seemed like it changed regularly. Then, too often, I would eat something that led to stabbing pains in my stomach. I would be on the couch for the rest of the day or night in so much pain I couldn’t be distracted. It was all I could think about.

I had already been suffering from migraines for over a year, and those seemed to multiply. It seemed like my head always hurt. My pain seemed to get worse and worse as the months passed by. I had a hormone imbalance for a long time, and went off the birth control pills I was taking. I thought it would help. Instead, during that time of the month all my pain tripled. But, that’s not all! I had horrible fatigue, troubles focusing, back pain, neck pain, chest pain, pain in my ovaries, pain in my neck, and constipation. I didn’t sleep well either. Some nights it was impossible to get to sleep, and some nights I would wake up in the middle of the night in severe pain.

My Work Life
I had just started my own business, trying to live out my dream. I suffered from horrible self-esteem issues for a good chunk of my life, another story, and I was just finally ready to do life on my terms and here I was stuck with chronic pain. There was no way I was letting the pain get in the way of my dream. I just slowly kept working at it. On days I didn’t feel like working, I didn’t. It was a blessing and a curse at the same time. It was a blessing to be able to work when I could, and not work when I was in too much pain. It was a curse because I felt like if I just put off my dream and didn’t work hard at it, I wouldn’t forgive myself for failing at it. I was always worried I wasn’t doing enough. I needed to start making money at some point. So I dragged myself to networking events kicking and screaming inside. I worked from the couch laying down, if I could.

Doctor Visits with Numerous Tests
When I went to the doctor in late April, she couldn’t find anything wrong. Over the next two months, she ran some urine tests, blood tests, x-rays, stool test, and put me on some medicine for gastritis. The medicine did nothing for me. So I eventually stopped taking it. I then had an endoscopy exam which they put me to sleep for. I had an ultrasound, they checked my gallbladder, allergy tests, a bunch of other exams I can’t even remember from April - December. They all came back negative. I tried to eat less acidic and more alkaline based foods, I gave up dairy for a month, gave up gluten for a month, tried drinking this disgusting cabbage juice, did a cleanse for a week, and tried a bunch of other unsuccessful solutions on my own. I gave up coffee, which I was addicted to. I had non-stop headaches for nearly a month and a whole week of migraines. My fatigue also increased from giving up the coffee.

Reaching the End of the Road for What Modern Medicine Could Do for Me
Around October, they said the last thing to try was a colonoscopy which I was put to sleep for again. My husband and I hesitated for a long time about doing it, because of all the bills that were piling up. We were tight for cash at the time and it was a big procedure. But, I went in for the test, it also came back negative.

The stomach doctor told me I had IBS. He said he could give me some medicine to take for the rest of my life. I was so upset! Besides the fact I didn’t believe it would help, I was thinking, “there is something seriously wrong with me, and putting me on some random medicine for it wasn’t going to fix it.” I had read all about IBS. Besides the fact that is not a real diagnosis of any sort, I had pain way beyond what would be classified as IBS. I told them I was done listening to their advice. This was the end of Modern Medicine for me. I couldn’t believe they couldn’t just find what’s wrong with me and fix it!

Seasonal Depression Destroys a Good Chunk of What’s Left of My Hope
My seasonal depression kicked in around November, which I’ve suffered with for as long as I can remember. But, this year was worse by far. I would just wake up after 8 hours of sleep still tired, completely fatigued, and just immediately start crying. My head hurt, my stomach hurt, my back hurt, my chest hurt, my ovaries, my stomach. I’m crying now, just remembering the pain. I just wished my life would end. A little piece of me kind of hoped I was dying. I couldn’t think of anything to make me happy. My husband would take me out to dinner and take me to do fun things. But, it didn’t help. I would feel even more depressed that I couldn’t get myself to enjoy anything. I couldn’t eat whatever I wanted. Most food lead to more pain. Yet, I had a habit of eating when I was stressed, so it was a vicious pain cycle.

My husband was very stressed and even a bit depressed. He couldn’t fix me and he could barely cheer me up either. He just wanted to make things better, but he didn’t know how. He had to cook dinner and take care of all the chores half the days of the week. This is because at least half the week, I was on the couch doing nothing, because I was in too much pain. I felt his emotions and mine and it just tore me apart inside. I blamed myself for getting the flu, I blamed myself for being depressed, and to some degree I blamed myself for my chronic pain.

Feeling Alone
I hid my pain from most of my friends and family. Eventually, I did share a bit about it, but no one realized really how bad it was or could even understand. So I barely talked about it. I was alone. I felt alone even with my husband right by my side. It upset me that he is the best person in the whole world at making me feel better, but he couldn’t. I was trying to be happy. It wasn’t for a lack of trying. Mentally I appreciated it everything he did, but emotionally it didn’t have a big impact. It hurts to think that love can’t conquer all. Love doesn’t conquer severe pain and depression. This was a lesson I never wanted to learn as a hopeless romantic and didn’t want to believe. I tried so hard to show him my appreciation, even though he couldn’t really make me happy. He was there for me and that’s what counted. I knew I was lucky to have him. I was also lucky to have my best friend to talk to, who also suffered from some chronic pain. But, loneliness and depression still consumed me.

I remember thinking; “If someone gave me the option of a million dollars or an option of my pain being gone,” I would take the pain being gone in a heartbeat. The pain and depression was that bad. I saw no possible solutions.

Skipping Ahead to Where I’m at Today
Fast Forward to today, January of 2018 I feel amazing!! My pain levels were usually between a 6 to 8 and now I’m at 0. I don’t get migraines anymore. I only have a slight stomach discomfort that I barely notice. I never have sick days where I’m stuck on the couch, except for a brief allergy attack back in December. The rest of the pain in my body is basically gone. I have energy every morning without any caffeine, as long as I get my eight hours of sleep at night. I sleep great! I have more energy than I think I’ve ever had in my life. I can eat practically anything I want and it doesn’t cause me any pain. My seasonal depression and hormonal depression are no longer a problem. I literally forget sometimes that I’m chronically sick, because I feel better than I have ever felt in my life both mentally and emotionally!

I will tell you how I conquered: Pain throughout most of my body, depression, fatigue, hormone problems, food sensitivities, and more with all natural treatments.